Corpus Ludus Militaris (CLM) is envisioned as a progressive chain of educative, creative and contemplative events within the framework of Migrating Art Academies, spanning two weeks from July 25th through August 7th and culminating into the public presentations of completed artistic and investigative projects underlined by informal exchange of ideas gracefully orchestrated by the panel of invited speakers.

Thematic auspices of CLM are to be resonative rather than normative, encouraging to deliberate and to speculate—if preferred so—issues broadly associated with but not immediately prescribed by the theme. Tools employed could range from phenomenal, to analytical, metaphysical, historical or aesthetic, leaving doors open to variety of experimental articulations. However, to have a game we have to share a field—and our field shall be demarcated by vestiges of organizational semantics of corporal narrative. Salient metaphor of the marching troops aside, common strategies of social organization of individual are primarily aimed at organizing normalcy as such—in all its shades of gray—from waking up to an alarm clock to reading of a goodnight story, among other countless trivial manifestations. CLM aims to trace evolutionary tendencies from no one to one, from ideologic subject (citizen) to economic subject (consumer), from a static born into to a dynamic became into subject, progressed on a potholed field of chronic “corporal problematic” which manifests itself as a peculiar if not bipolar coexistence between noble tenets of Geneva Conventions on one hand and political utilitarism bluntly summarized by generalissimus Stalin as “nyet cheloveka nyet problemy” (if man vanishes, so does the problem), on the other.

Our field of play is in fact a non-orientable terrain (aka Möbius strip), or in other words a non-napoleonic battlefield quaintly accommodating simultaneous vantage points and prone to incongruent coordinate systems. Sum of cohabitating fragments won’t make into a singularity of an emperor’s eye glaring through a monocular at a choreography of turmoil—an executive monument to a single point perspective, it will rather float like a multitude of individual orthographic projections casted onto deeply yearned for yet shrouded in thick darkness shores.

Led by Žilvinas Lilas (LT/DE), Mindaugas Gapševičius (LT/DE) and Armantas Ostreika (LT) the series of events will include public lectures, workshops, expeditions, collaborative intensive work focusing on theoretical and practical production with interdisciplinary as well as critical approach, and it will end with an conference with invited international speakers.

This Migrating Art Academies event in Panemunė is organized by Kaunas University of Technology and Vilnius Academy of Arts, and is supported by Lithuanian Council For Culture. 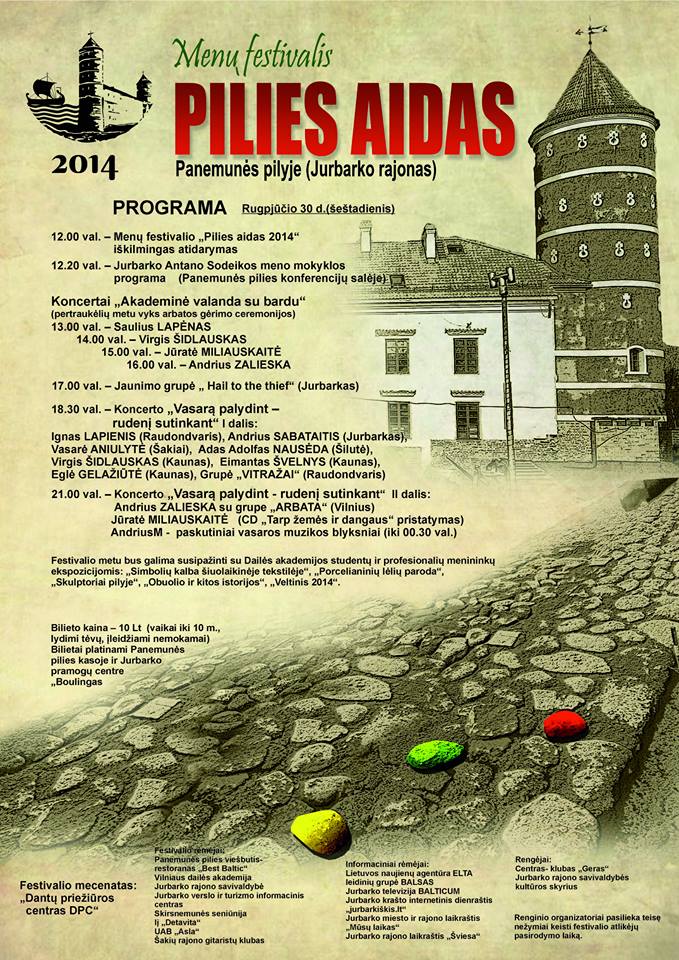